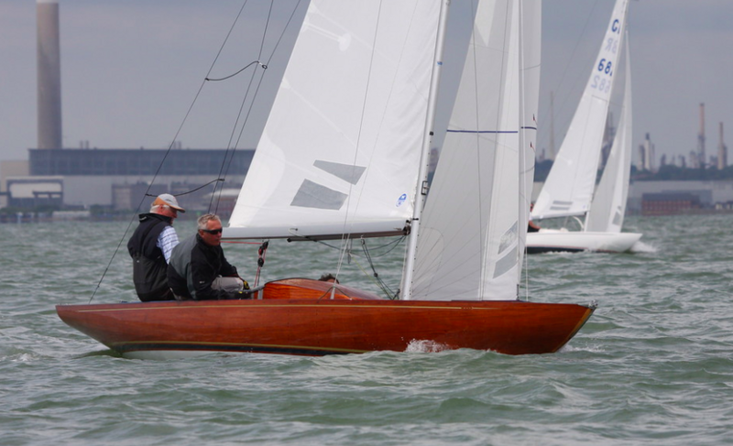 Tarka II was built in 1963 by the very special Pedersen & Thuesen yard in Denmark. Previously known as Eqsuire III and sailed by Henning Jensen she won the Gold Cup in 1965. She has also won a number of other trophies.

Pedersen & Thuesen (P& T) have an important and unique legacy within the Dragon class after many years of successful boats winning the Gold Cup. Tarka II is among these special boats. She was in the same ownership from 1980 until 2017, in 1992 she was carefully laid up after having a new teak deck laid.

In 2017 the boat was very lightly refurbished by Squibs in Bembridge, Isle of Wight where the varnish and antifoul were carefully stripped back, her bottom was re-faired and applied with Durepox and Awlwood varnish (Awlgrip paint). From there she was taken to Heritage Racing to be fully rerigged with Harken deck equipment, and have her mast step and shrouds moved to modern positioning,

Since she sailed for the Edinburgh Cup in 2017 in Cowes and she has been sensitively stored. She sits on a full length P& T cradle and substantial road trailer, with a full set of North Sails and cockpit cover.

Tarka II one of my personal favourite dragons and I look forward to finding her next custodian.